October 4 2020 - The full moon was on Friday this past week. The weather was not supposed to be very good through the end of the week but it turned out fine. It was a "don't know if ya don't go" scenario. Friday I had a deep sea fishing charter with a group of guys from all over that were here on a bachelor party just wanting to bend a rod. It had been overcast all night and we did well on the dolphin the day prior so I thought the bite would be hot! Working the deck was Capt. Brandon. We went deep sea fishing on our 47 Ft Viking "In XS" for a 6 hour trip.

The day started off a little slow for us after a late Duval flu start in the rain. This gave Brandon and I a little extra time to make sure we had some great bait rigs set up. Winds were a up a bit early at about 15 but no biggie for the In XS. The fish on the days prior were just off the reef inside 250 so my mission was to focus on that and keep the rods bent on mackerel, bonito, possible wahoo and dolphin.

Right off the bite was slow for us with some cero mackerel and a large barracuda that hit a strip bait on a witch. We worked in close so I pushed out to a small weed line in 250 after a tip from one of our dock mates and started paying the bills with dolphin. We picked away at the dolphin and the radio was lighting up with some wahoo catches down the reef line it was time to change our game.

Shifting gears a bit my focus changed a bit. Knowing the wahoo would be looking for bait balls I changed my Garmin bottom machine to study a large part of the water column with the medium chirp wide angle view on my Airmar Transducer that I chose to use for just this purpose when I re-fitted the In Xs with all new state of the art electronics.

Our first big school of bait showed up, down about 150 ft and hugging the bottom. Right then we got slaughtered by a school of dolphin before I could put my plan for catching a wahoo in action. Landing 3 of the 4 of them, that was fun but Brandon and I really wanted the wahoo for these guys. We knew they were there, I could see them just over the baits on the bottom machine. After landing the Mahi Mahi dolphins I circled back around and pulled my down rigger baits through the area where I saw the bait. Chopped the throttles and let my baits drop for a 30 count then slowly started pulling again. Then it happened. We got hammered by a big one. He hit an Iland 6 oz crusader Blue and Black with flash. He dumped the Penn 16 International twice before we started getting a grip on him and he went full on "Pit Bull". Brandon kept telling the angler it was a game of inches and he was right. The fight was solid and steady as our angler worked him in really well. After about a 20 minute battle the wahoo came to the back of the boat where Brandon smashed him with the gaff with a perfect shot to the FACE! It was awesome! That fish was 64" long and we had to cut it in half to weight it at 64lbs. Got some nice photos and killer videos.

As we kept on with the day and the technique we were able to Get this done 4 more times. One wahoo pulled the hook at the transom after a good bit of struggle, another cut us off as he hit one of the dolphin baits we had on the long rigger with no wire. That fish tortured a PENN 12 International that was loaded with 20 for over 20 minutes before he cut us off at the back of the boat. Another fish burned down a PENN 16 again and let go of the hook. Then we Hooked up on a spry fish that smashed one more very nice wahoo of about 25lbs on the same Iland Crusader on the deep troll. He torched the PENN 16 International one good run then went to tug o war before he was invited to dinner and a ride in the box after Brandon gave him a free piercing in the Neck!

What a fun day on board the INXS. We got some great photos of these fish and some video for lasting memories of a super fantastic day of Key West deep sea fishing.

One of the more predictable Key West fishing seasons is the full moon wahoo fishing in the fall. October, November and December. The three days before, during the the day after the full moons are great chances of catching a wahoo deep sea fishing out of Key West.

These deep sea fishing dates sell out fast for us here on board the "In XS" and Dream Catcher Charters. Call our office to set them up.

Here are some of the tools we use to Catch Wahoo Off Key West during the Full moon. 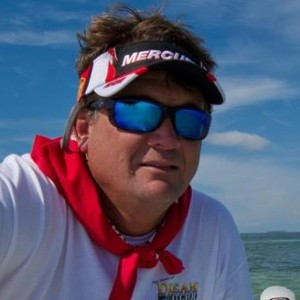